Role of WiFi in IoT

Role of WiFi in IoT 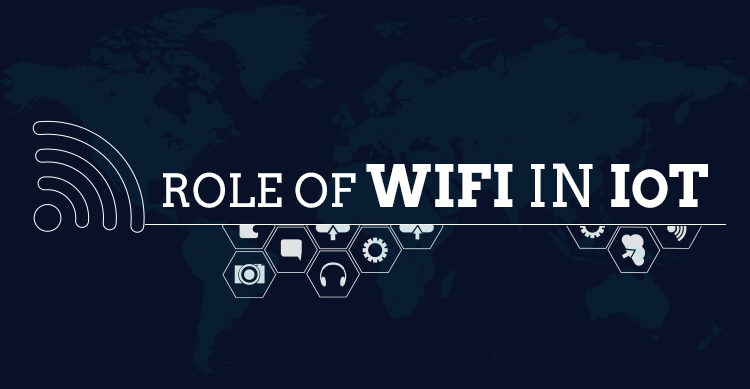 The abandoned frequencies over network caused the genesis of the wireless network what we now call the WiFi or 802.11.

The wireless protocol was aimed at providing short range wireless connectivity. The technology was prefabricated and easy to bring into action.

Why WiFi wins the hearts of IoT breeders?

WiFi is flexible and easily connects to devices . But most importantly it is essential to the very crux of IoT. By crux we mean the sensors that support the IoT tech.

Standard 802.11 a/b/g/n/ac limits the scope of usage when it comes to power consumption, range and congestion issues with spectrum.

The Wi-Fi highways are a lot more crowded owing to the bazillion devices which take the same route for connectivity.

Why WiFi could possibly lead other networks ?

WiFi fulfills all the above necessities.

IEEE in 2016 crafted the WiFi HaLow spec to resolve the range and power issues of IoT. This technology provides a broader range along with low power. It is tweaked for expanding the connectivity radius to one kilometer. The power use is moderated with wake/doze periods.

It is loaded with the ability to group stations for decreasing contention and relay. This helps to widen the circle.

Given the plausible upgrades the technology is still not popular among the WiFi mercantile.

HaLow is vigorous and dominates in tricky environments. The low frequency range helps it pierce through any kind of obstacles that other frequencies would bounce off.

It is designed to operate in the licensed spectral bands of 2.4 GHz and 5 GHz spectrums. The throughput is amplified using higher order 1024 QAM modulation. The new amendment offers OFDMA for enhanced spectral efficiency.

The popularity of WiFi is due to its reliable solution to connectivity issues. Amongst a ton of wireless tech currently prevailing the market, wrapped by by the uncertainity of their performances and survival vendors are bound to run towards WiFi. This being for a simple reason. WiFi has dealt with the challenges of progressing tech and displayed the power of security like none other.

Few Campus and on-premises IoT devices can exploit standard WiFi band widths. But usually this is not preferred for IoT technology.

WiFi HaLow, based on 802.11ah is crafted for IoT but demands specialized infrastructure and patrons. 802.11ax guarantees improved efficiency. But the truth will be revealed only once the product is out in the market.

IoT features are looking out for some big leaps themselves.

Previous 7 Reasons You should Use A WiFi Based Attendance System
Next Android 9.0 Pie – 11 Important Features You Need to Know