How To Connect iPad To WiFi?

How To Connect iPad To WiFi? 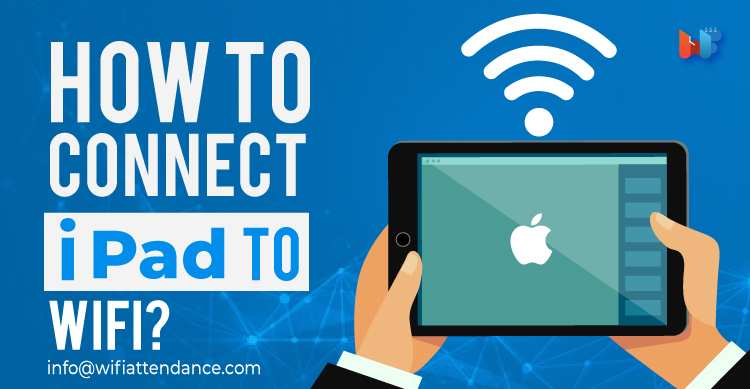 Windows and Mac are entirely different operating systems having individual tweaks in their performance and getting used to one of them makes the other OS feel awkward.

Moreover, the price for both of them varies a lot even though there is proximity in performance for either of them.  However, Windows has an easy and an open-source user interface which promotes any wired and wireless connection in a user-friendly way.

On the other hand, Apple has its ecosystem, which is entirely different from Windows. It is known to work incredibly well with all the available Apple devices such as iPad, iPhone, Mac books, iPod touch, etc.

Soon after its release, the iPad has gained a lot of buzz due to various incredible features and options provided in it.

Like any other Apple devices, this also provides impeccable performance and is a proper alternative to Laptops due to a compact size, same performance as the Mac books with minimum limitations and the use of pencil simplifies many types of operations to a great extent.

However, there are many questions from the new users of iPad related to connectivity and several other aspects. Connecting to Wi-Fi is the crucial need for every iPad users as, without the internet, nothing can be done nowadays.

Like any other devices, iPad can also be connected to Wireless networks by selecting the available systems and then entering the network encryption key, but there are some additional settings too.

Requirements for connecting to Router WiFi

How to obtain this information?

These instructions can vary with some companies of routers, but most of them follow this standard procedure to get connected to a Wi-Fi connection.

If you are using a new router with the default passwords, then above mentioned instructions must be followed to get access to the internet in iPad or else devices with WEP accepting devices can’t be connected. However, after the above procedure is completed in the PC, these steps can be followed to connect the iPad.

2. Way to connect iPad to WiFi from Hotspot of any other devices

Apple’s continuity feature, which is advanced connectivity within its ecosystem lets you connect to the instant hotspot from iPhones.

However, the procedure for iPad is quite different than a regular Android phone and connects like a typical WiFi router using Apple ID for authentication and BT LE (Bluetooth Low Energy) for rapid connection.

Although the data transfer is faster, the connectivity is meant only for Apple devices.

Requirements for connecting to Hotspot

The latest version of IOS is about to release, and the beta versions are already in use which has some advanced options with some tweaks added to it.

However, as per the recent announcements from Apple, some changes will make the connectivity even more comfortable to connect the devices to the shared data connection.

iPad OS 13 will also have an option to connect to the nearby personal hotspot when there isn’t any internet connection available. This is termed as “family sharing options” which can be used by following these steps

Previous Top 25 Parental Control Apps To Use In 2020
Next How To Get WiFi In The Car?