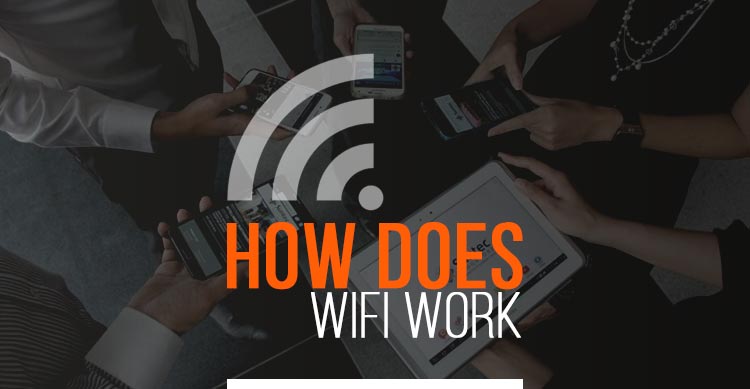 WiFi is a technology that utilizes radio waves to establish network connectivity.

Hotspot refers to areas surrounding a wireless router that are connected to a particular network and enable access to internet services.

Once the process of configuration is complete, WiFi offers wireless connectivity to devices like laptops, smartphones, smart TV, and other smart devices by releasing frequencies in the range of 2.4GHz and 5GHz, depending on the amount of data on the network.

Let’s explore the basics of WiFi to get a clearer picture of the technology being used across the globe to connect to the internet and communicate seamlessly.

What does WiFi stand for?

Wireless technology has significantly evolved lately and has spread like fire across the globe. It helps you to get connected from anywhere – schools, offices, homes, airports, libraries, hotels, and even some cafes, gyms, and restaurants.

This wireless technology is often referred to as WiFi or 802.11 networking in the tech community because it covers the IEEE 802.11 technologies. One of the most notable advantages of WiFi technology is that it can be used with any operating system, printer, device, or gaming console.

Just like mobile phones, a WiFi network works with radio waves to send information and data across a network. The device that you are trying to connect with the network must include a wireless adapter that will translate the information sent into a radio signal.

An antenna is then used to transmit this radio signal to the router for decoding. Once the data has been decoded, it will be released to the Internet via a wired Ethernet connection.

Wireless network technology manages two-way traffic. So, when data is received from the Internet, it is transmitted to the router for conversion into a radio signal. This signal is then received by the wireless adapter of the computer/device you are using.

WiFi uses radio frequencies to transmit signals from one device to another. These frequencies are absolutely different from the frequencies being emitted by walkie-talkies, mobile phones, car radios, and other devices.

For instance, a car stereo receives frequencies in Kilohertz and Megahertz whereas WiFi frequencies are transmitted in the range of Gigahertz.

In order to receive the information being transmitted in these waves, it is important to set the receiving device at a particular frequency.

This frequency range for a WiFi network is 2.4GHz and 5GHz. Your microwave receives waves at a similar frequency.

It uses 2.450GHz to heat food while the router sets itself at 2.412GHz to 2.472GHz. If you’re using old or faulty microwaves, you could have conflicting signals causing a WiFi connectivity problem when you try to make popcorn.

WiFi uses 2.4GHz and 5GHz frequencies. Your router communicates on a set of channels in this range. These channels are at differing frequencies making it possible for several routers to communicate in the same area without causing congestion or traffic.

This is similar to the distribution of traffic on a multiple lane freeway. Setting channels on the router is something you do not have to worry about. It is set up automatically as you connect your router with the computer.

Radio waves travel in air and cross through a lot of things on their way. Owing to the high frequency of these waves, they are capable of carrying a lot more data as compared to other radio frequencies.

You can stream Netflix and other live videos on your smartphone or laptop only because of the high speed and high capacity of these radio waves.

The Magic of WiFi

The real essence of how WiFi works lies in the processing that takes place on your WiFi chip. Every device has a WiFi chip that converts the 0s and 1s into radio waves transmitted to their destination.

At the same time, the device also converts these 0s and 1s into data that can be read by your device in the form of emails, web pages or any other activity you perform on your browser.

To sum it up

The internet traffic is converted into 1s and 0s on your laptop, following which is it transferred to the wireless chip on your device.

The wireless chip converts these 0s and 1s into a radio signal for further transmission to the router.

The router decodes these signals to again create 0s and 1s and then converts it into the traffic from your device.

All of these steps happen at an incredibly fast speed giving you the results you see when using a WiFi connection.

Previous How to Set Up WiFi at Home : 5 Easy Steps
Next 6 Easy Steps to Set WiFi Password