How does Google Wi-Fi Work

How does Google Wi-Fi Work 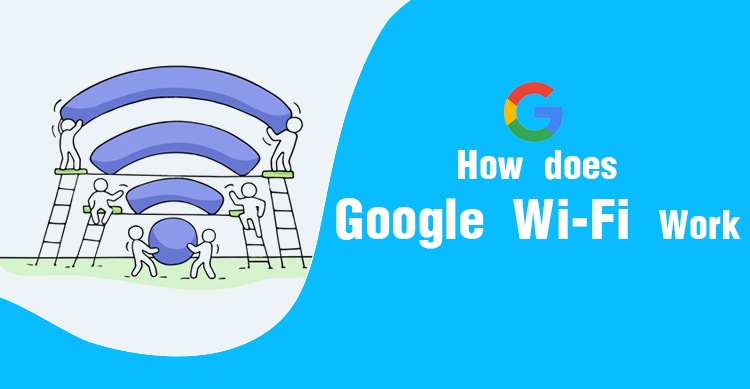 Google introduced the concept of Google Wi-Fi in October 2016, and now it has been on sale across all of the US. The fundamental principle of Google is mesh networking.

It is a term, which has been quite common in the past few years, and you may have come across it as well. However, it is time to gain a better understanding of Google Wi-Fi along with where you can buy it.

This article explains all the features of Google Wi-Fi and highlights its differences from that of a conventional router. On a surface level, Google Wi-Fi is designed to be expandable. It means that you can use several such Wi-Fi in your home.

Google Wi-Fi is also capable of handling multiple devices at the same time. This feature is quite common in average Wi-Fi routers as well, but what makes Google Wi-Fi different is that it can avoid network congestion or network constraint even when dealing with multiple connected devices.

Google Wi-Fi, in general, is pretty cool and capable of carrying out a wide range of activities. Here is a list of what the Google Wi-Fi is capable of doing and why it tends to be pretty cool.

Next time when you are making a video call from one end of the house and heading to the other, you won’t experience flickering connectivity on the internet.

How to Set Up Google WiFi

How many would such routers be ideal for your home?

Well, the Wi-Fi points made across several parts of the house ensure seamless connectivity. However, each apartment has different area per square feet, and therefore a different number of Wi-Fi would be required.

When the cumulative is of your house is around the mark of 1500 square feet, it is recommended that you begin with one Google Wi-Fi router. However, when the area of the home increases beyond 1500 square feet, you are going to need more.

At present, Google is offering a pack of three Wi-Fi routers on retail, which is capable of functioning smoothly for areas up to 4500 square feet.

Placement of Google Wi-Fi routers in the house

The primary idea of the Google Wi-Fi device is to provide for seamless connectivity across all corners of the location. The concept of the mesh network allows you to amplify and strengthen the web using multiple compact devices, which belts the Wi-Fi signal.

The Google Wi-Fi pack for larger homes comes with multiple devices or routers, which are similar and compact in design. If you wish to gain the most out of the benefits, then you need to place these devices strategically. The primary unit or the “mother unit” is the one that the sub-units connect. And provide seamless internet connectivity.

Thus you should identify those places where the network speed is unusually low or weak. These can be referred to as the “blind spots.” These blind spots could be anywhere, and therefore you need to make a list of them.

Once you have identified the blind spots, place the Google Wi-Fi routers in these blind spots so that circular connectivity is established across the house.

Intriguing features of the Google Wi-Fi

The process of setup for the Google Wi-Fi is a breeze and can be done without facing any hassle. The method of installation can be initiated using an app, which is compatible with both Android and IOS platforms. All of the settings and configurations can be done using the app, which turns the entire setup process into a very simplistic one.

One of the other elemental features is the fact that you are also allowed to prioritize the bandwidth for a certain Wi-Fi point. For instance, if you are indulged in any work, which calls in for better internet connectivity, then you can only tweak the setting using the app and prioritize the bandwidth for the Wi-Fi router near the place of activity.

This feature means that when you are streaming online videos in 4K or playing online games in the living room, you can prioritize the network for the living room and thus bring about a seamless surfing experience.

Nowadays, it has become quite common for the people to stay engrossed in their phones addicted to the internet and social media. Sighting these issues, Google has introduced the feature of “Scheduled Pause,” which will help you bring forth the essence of quality family time.

The feature mentioned above allows you to temporarily shut down the Wi-Fi network automatically for a specific timeframe. You can change or adjust the timescale using the app liked with the device on your cell phone.

It means that when the family is at the table, you can shut off the Google Wi-Fi so that everyone eats together and has a good family time. You can also ensure that your kids do not linger on to their phone for a long time in the night and in return get a good night sleep.

Coming to the aesthetics and feel of the device, the Google Wi-Fi isn’t a letdown either. The cylindrical shape of the invention provides it with a unique and equally impressive outlook. The apparatus in all is smart looking, sleek and modernistic. The white coloration further enhances the simplicity and modernity of the device.

At the same time, the device is extremely compact and takes up very little space. The minimalistic outlook is ideally suited for small to medium-sized houses.

One of the other most intriguing features of the Google Wi-Fi device is the “network assist” option. This feature allows you to optimize and manage the network in an intensive manner. It further ensures that you do not have to go into the settings panel every time manually.

The Google Wi-Fi is capable of handling the networking automatically. It further helps to keep the network strong in every part of the establishment since the device is transitioned to the best router (regarding connectivity and bandwidth).

Tech-savvy people might find the features to be very simplistic, but when it comes to everyday use by the general public, the Google Wi-Fi is more than just a capable device.

Google Wi-Fi is capable of self-optimization, but at the same time, manual changes can be made using the Google Wi-Fi app. The companion app allows you to manage several features inclusive of Wi-Fi access to kids.

The application will enable you to remotely stop the Google Wi-Fi for the designated period without having to shut it down physically.

The necessary things needed to setup and use the Google Wi-Fi are the Ethernet Cable and the Google Wi-Fi points. A power adapter is provided along with the package. Apart from those above, the other requisites include the following:

A modem is among the basic needs for operating the Google Wi-Fi. Often people confuse the Google Wi-Fi to be a modem, which isn’t the case. Using an Ethernet cable, you can connect the primary Google Wi-Fi router to the requisite modem.

The additional Wi-Fi points available in the Google Wi-Fi package is wireless and require no external connectivity measures.

The additional Wi-Fi points only need to be connected to a power outlet. At the same time, you are also provided with the option of attaching them to each other using the Ethernet cable provided along.

To be registered as an active and gain access to the functions of the Google Wi-Fi, you need to have a Google Account. The Google Account will be required to log in to your companion app.

In case you have a modem and a router combo, some additional measures need to be taken. You will be required to connect the primary Google Wi-Fi point to the ISP modem. It is recommended to turn off the modem plus router functionality if you want to connect all the devices to the Google Wi-Fi for future use. You can also configure your devices to forget the previous by manually inducing the settings on the devices.

It is equally important to purchase the Google Wi-Fi from the country where you are planning to use it. The internet connectivity regulations and ISP regulations tend to differ from country to country.

Therefore, it is possible that you may face connectivity issues if you plan to use the Google Wi-Fi in other locations apart from the country where you have bought it. It is therefore recommended to purchase all Google Wi-Fi points and primary device from the state where it is to be used.

The Final Take on Google Wi-Fi

It is entirely possible that tech-savvy individuals might want enhanced features and more accessibility. However, the device has been designed to suit basic needs and enhancements can be expected in the future.

The Google Wi-Fi pricing varies from nation to nation. At present, it has been priced at $299 in the US (for the three pack item) while the two-pack variant is offered at £229 in the UK.

It is thus understandable that the pricing tends to be more tempting in the US, rather than the UK. The three-pack variant for larger houses is priced at £358, which is a massive £129 more than that of its counterpart in the US.

However, the conventional house sizes in most of the countries are not that big. Therefore, it should work pretty decently with the two-pack variant of Google Wi-Fi. The cheapest option is available in the US, which can be quite tempting, especially if you are not a resident of the country.

The Google Wi-Fi needs to be envisioned as the device of the future, which is set to enhance network connectivity using a very simple ideology.

The mechanism is hassle-free and requires insufficient time for setup. While internet connectivity costs are soaring every day, the Google Wi-Fi can surely make your experience much better than before.