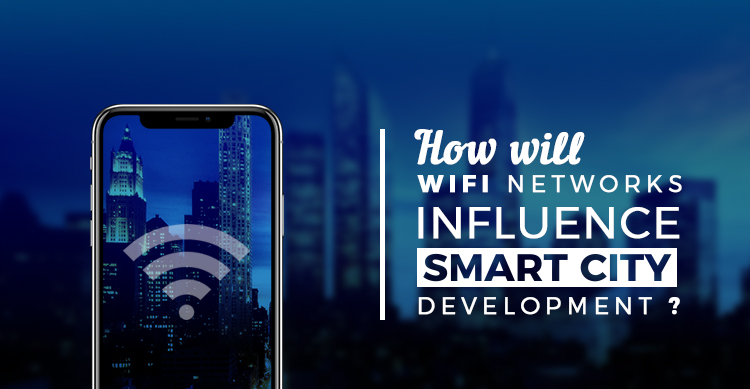 Concentration of population in cities has been increasing since industrialisation. Millions of people immigrate to IT and Manufacturing hubs of the world today.

According to McKinsey, urban population is set to grow by 65 million per year by 2025. Technological advancements like internet of things, artificial intelligence and data analytics show promising potential to solve problems plaguing cities.

What is a Smart City?

A smart city is an urban area which uses data, technology and intelligent machines to manage the public assets and resources efficiently.

The vision of smart city is one where communities and environment coexist sustainably. These cities will be connected by high speed internet and will be free of pollution and traffic.

The concept of smart cities has been gaining momentum throughout the world and some countries have even built smart cities.

For example, South Korea has built the world’s first smart city Songdo near its capital Seoul. Everything from waste management to commute is planned intelligently to make a city that is free of cars and trash cans.

WiFi as the Backbone of Smart City

An essential capability of future smart cities the integration of all systems for efficient usage and sustainable development.

This will allow intelligent decisions like diversion of traffic to other routes, detection of security threats or footfall analytics for upcoming projects.

This requires various systems, public authorities, citizens and businesses to be connected to each other in a single frame work.

All this is only possible with an uninterrupted and real-time connection to internet. This is why WiFi forms the backbone of a smart city.

Being the most convenient and secure way to transfer data today, WiFi shows promising application for smart cities.

It is estimated that 34 billion devices will be connected through internet in the next three years. In a smart city, devices like surveillance camera, building power grids, traffic lights, water supply checks will all be WiFi enabled for communication.

WiFi will enable all IoT based city services to manage resources more efficiently.

For example, traffic flow and parking systems can be controlled remotely by authorities with real time data. Power consumption and water wastage can also be minimised using connections with smart homes of residents.

IP video backhaul can be used for crime detection and a cloud healthcare repository will enable timely healthcare services in emergency.

A free WiFi will bridge the digital divide among residents of smart city. Since information is the most important resource in the knowledge economy of today, this will also bridge the social and economic gaps in population.

Smart cities can aim for equality of income, knowledge and opportunities thanks to public WiFi

WiFi is a valuable commodity for residents, visitors and businesses. Good connectivity will attract residents as well as companies to set up shop in smart cities. Tourists also benefit with good connectivity, easily available information and digital kiosks.

Student community can thrive easily in such an environment and hence universities will look forward to setting up campus in smart cities. In short, WiFi is an essential fuel  for the economic engine of smart cities.

Budgeting of project and costs to end customer have a real impact on the project and they must be taken care of. In the city of Songdo we mentioned above, high living cost is driving away residents.

The smart city that was built for 300,000  has only 100,000 residents and is reeling under project completion delays.

For most smart city projects, governments are doing majority of the project funding. Others projects like the  New York’s LinkNYC are working in public-private partnerships.

The cost of WiFi and smart city amenities can be passed on to residents by charging for premium access or maintenance taxes.

Private players can also monetize through ads, promotions and other business services. Since WiFi is a cheap technology that only uses radio waves for transmission of data, it is a low-cost option that will keep the cost of operation minimal.

It is clear that a lot many things will be monitored and recorded in a smart city. This gives rise to concern about privacy and security of  data.

Private WiFi technology is safe with the implementation of WPA2 protocol but it is not infallible. The security of public WiFi is somewhat weaker and there are cases of hacking in public networks.

Since all critical city systems will be accessible through public WiFi, security of WiFi cannot be compromised in a smart cities.

Questions regarding privacy of data will also have to be addressed. Who owns the data of a smart home and how much of control do the public authorities have in remote controlling of a building or a home? These are some challenges that remain to be solved.

The smart city industry is expected to be worth $400 billion by 2020. Nations will have to either build these cities from ground up or convert big cities using the existing infrastructure.

Whatever the strategy, WiFi will play a central role in functioning of smart city. It will be the enabler of intelligent systems that talk to each other and build a sustainable environment.

Previous How to Fix the Most Common WiFi Issues?
Next Rise in Public WiFi Hotspots: Boon or Bane?